This post may contain affiliate links. Please read my disclosure for more information.

The other day I was talking to my friend Jen. She and her husband Alex were going to have to dig four holes outside their house themselves to help with fixing a major sewage problem at their house.

Sounds like a rough time, but it was going to save them $5,000 so it was a necessity.

$5,000 dollars on a house that has this really bizarre oil leakage problem they have been forced to test soil, hire environmental consultants, and lawyers and will have to pay to clean up, to the tune of a few hundred thousand dollars.

In the course of our conversation she said that she and her husband would have to dig holes on opposite sides of the house so they don’t start fighting and wrestling and fall in.

Which reminded me of this time in college when they were dating and the two of them got into this loud ruckus in the halls of “the yellow house” as it was called, where Jen and I lived during our second year of college.

They were tumbling, wrestling, fighting?? I’m really not sure quite what was going on but it was a friendly ruckus, down the halls and it’s a very distinct memory for me.

I mentioned to her that I wish we could have known then, that someday there would be two beautiful kids in the world from the two of them together. It might have been really cool if in that moment, we could have seen a flash of their two future babies!

Especially because that year was a heartbreaking one for Jen since she lost her Dad to a tragic accident. If we could have known then that the year that had such heartbreak in it, also held the beginning of future joy, maybe we would have felt a little better.

That in that year, when she and Alex met, and had their first date, it actually contained the beginnings of those two future children. And really, if you think about it, a little piece of her Dad moving forward, and being passed down! The tragic and the hopeful, all in one mish-mash of time.

While we were still in college, Jen and Alex actually broke up. They went on to date other people, and lived in separate cities after college, like opposite sides of the country cities.

Did it look like things were over with them?

Did it look like it was broken and nothing came of it?

But a funny thing happened a few years later.

They ended up on a camping trip with mutual friends together. One of them lived in NY and one in Seattle but they both ended up on this trip together in Florida.

And well, now, they are married with those two aforementioned beautiful kids.

During our conversation about the cost of the oil leakage at their house, them digging holes, and our time at the yellow house in college when they met, I said, “Life is full of crappy things and magical things all at once. But you never know what joy might be ahead!”

Which leads me to this blog post. I thought this was worth mentioning. This idea that life is full of the good and the bad. Of the crappy and the magical.

It seems important to remember. You have to know dear friends, that you are going to suffer in this life. You are going to experience bad things. Knowing and accepting this might help you live on through it. Remembering that maybe, just maybe, there is something magical ahead!

So, pray on through those bad times. Pray and seek the magical. Stay thankful in spite of what is happening.

Know that yeah, you might have some disastrous oil leakage at the home you bought. Or wood eating beetles might eat your floors and you have to move out and have your expensive renovation redone (that’s one of my stories!)

But know that there are also joyful, magical things in life that can and do happen! That you have to endure the bad, and find joy in the good.

Know there will be rough times. But maybe, just maybe, that situation you are just trying to endure, may yet have a blessing in it. Maybe when you turn that corner, there will be something new. Something even grown from that bad time.

Accept the good with the bad, find the joy where you can, and push and pray on through!

7 Smart Ways to Start Your Day 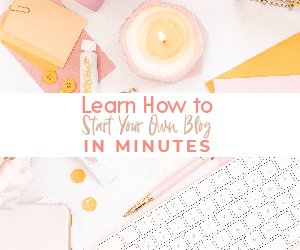 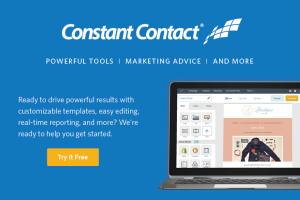